Want to just chat amongst yourselves? Then this is the place when IF and ADRIFT are not the topic. Please keep your posts family friendly.
Post Reply
1 post • Page 1 of 1

Update: Sale over. If you missed it there's never been another like it in gaming history, you'll have to visit piratebay to replicate this experience.

I don't know how many of you guys are into gaming other than IF, but there's only two days left on this utterly ridiculous bundle of 1659 games donated by indie devs with the entire thing going for $5 (or name your own price if you want to give more). All money goes to charity, which is great because now there's a way to support black people or whatever without committing felonies or being a smelly vegan hipster. The value of these games normally is almost $10,000. Definitely there's a lot of them that aren't my cup of tea, but it's not hard to find $5 worth of something you like in there, whatever you like. And they're all DRM free so you're not chained to a launcher program or needing to be online to run them.

Overland is the one I'm playing now. Traveling across the post apoc US from east coast to west in a series of tiny tactical grid maps, trying to keep the car fueled up and repaired, recruiting people, recruiting dogs, dodging the alien critters roaming the blasted wasteland, it's all a good time.


Running out of gas in the middle of nowhere... 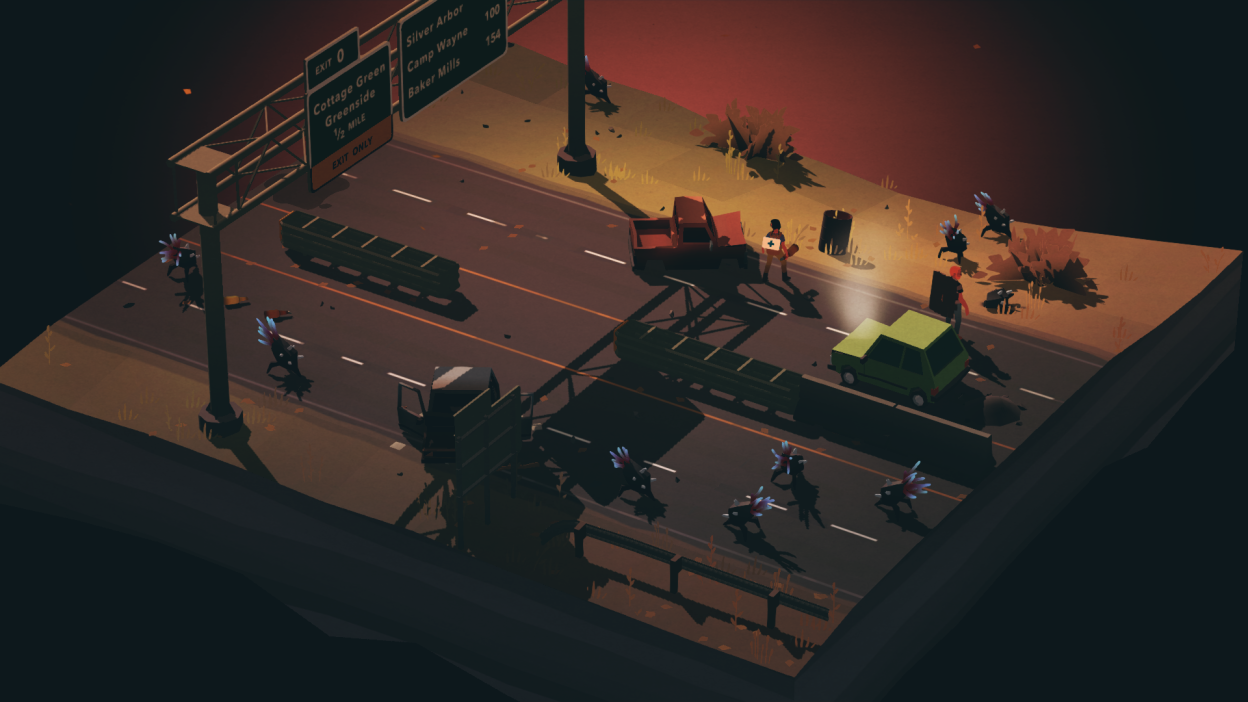 Finding and adopting an injured dog... 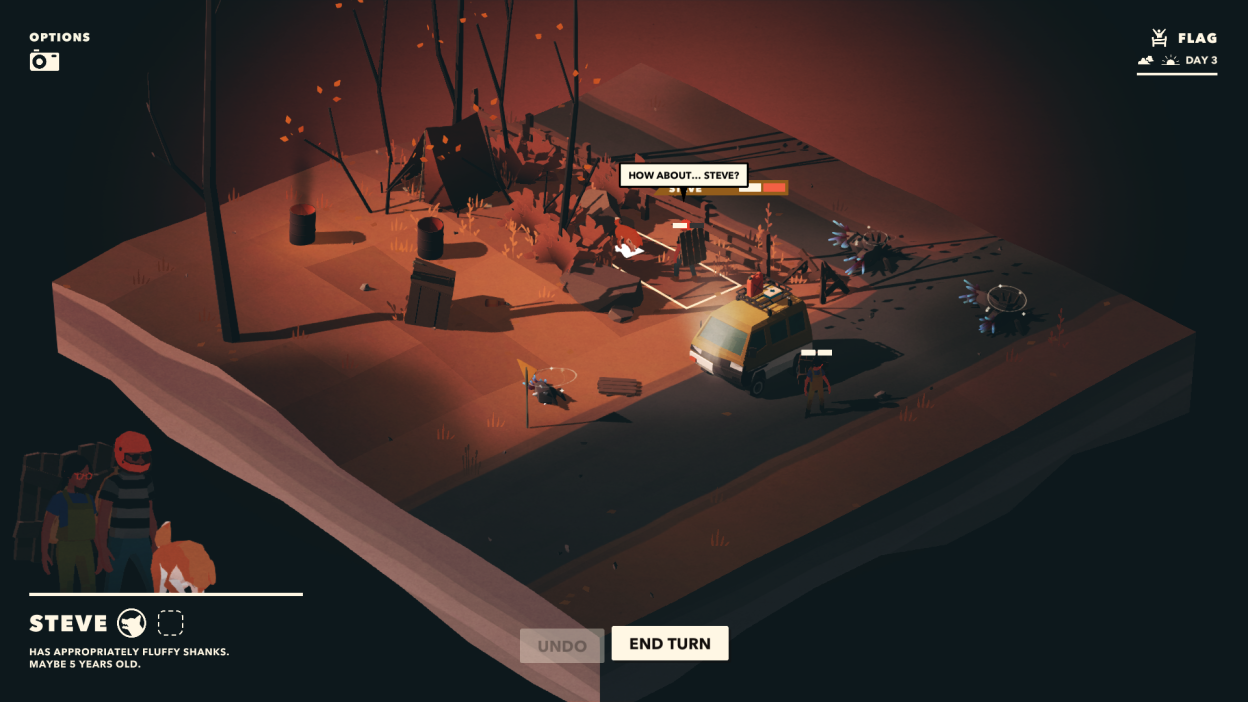 The dog finds and recruits another dog... 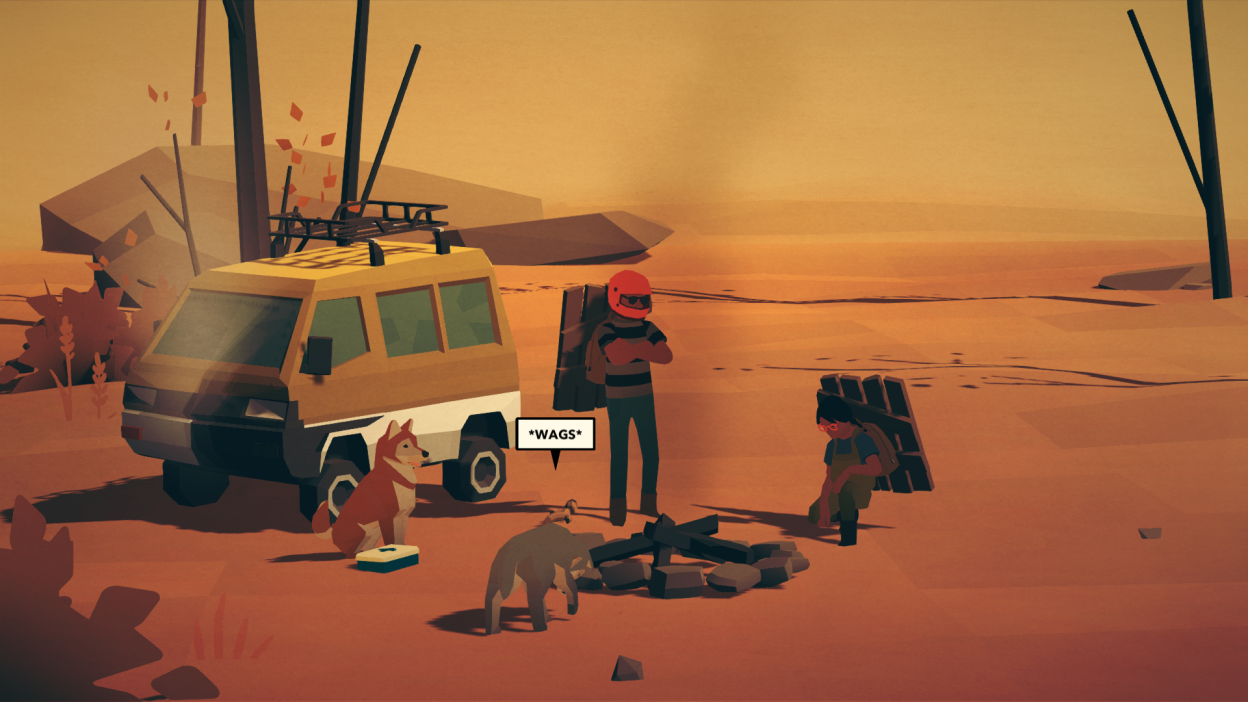 And after demonstrating he can open and close our car door, arms himself with a machete. 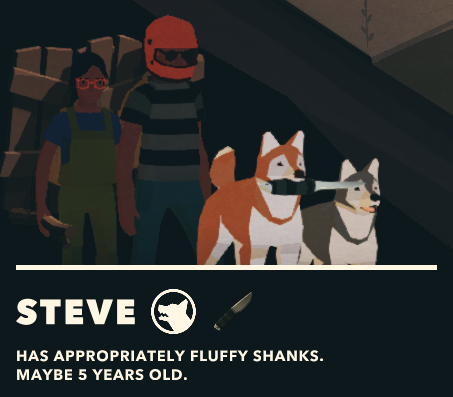 But I'm sure there's nothing to worry about.


Anyway, I actually feel guilty for taking all of these essentially for free so I'll be keeping track of any gems to pick up later at a regular sale so the devs will get at least a few bucks. I've already got several I'm planning to try that were recommended by others, and I'll try to dig up IF/adventure/puzzle specific things to link here the next time I go burrowing through them. Really would recommend just grabbing it immediately though because as I said there's less than two days left on this and it's more games than anyone on the planet will ever have time to even install let alone play.
Top
Post Reply
1 post • Page 1 of 1