Announcements about ADRIFT, this Forum, the website and anything else relevant.

I'm hesitant to turn off my virus checker (which I've used for years) just in case. Like I mentioned I never had trouble downloading Adrift before, even V5.0.36.3 I downloaded no trouble. 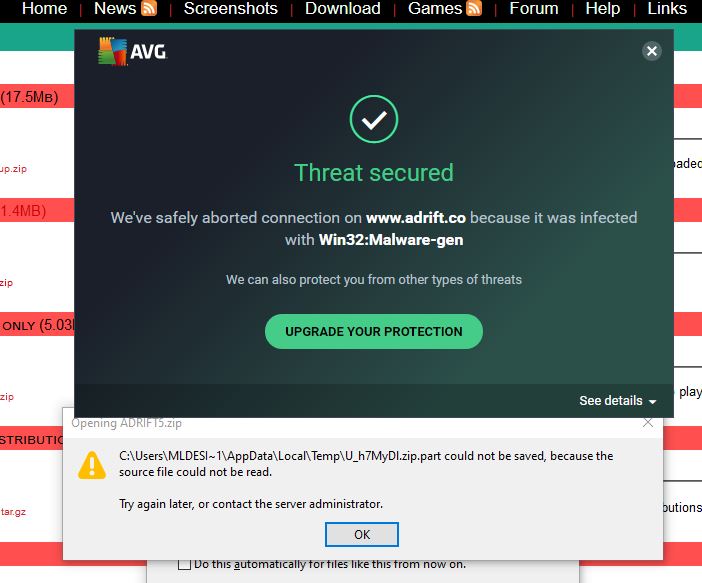 I'll happily remove Adrift from the blacklist as soon as Campbell gives the all clear.

Anyway, false positives are becoming more and more common, so you really need controllable antivirus-software if you are making games nowadays. Perhaps AVG is controllable(?) so you can remove adrift.co from the blacklist(?)

Win32:Malware-gen is the term AVG uses to say it thinks the file is suspicious, but that doesn't match any known threat. I guess, because the download is (a) new, and therefore unfamiliar to the virus checkers, (b) coming from a small website which doesn't have HTTPS (because certificates cost money), and (c) is an executable which packages DLLs, a technique most likely used by viruses also, make it flag positive in various checkers.

(a) will disappear in time once the release has been around for longer and the virus software realise there is no threat. You can help here, by reporting the file as a false positive.
(b) I would like to improve if I can. I might find somewhere else to host the downloads and just link to them rather than them coming directly from http://www.adrift.co
(c) I can't really change this.
ADRIFT Developer developer.
Top

Lumin wrote:I didn't read this entire thread so maybe it's been brought up, but trying new games (such as 1.2 of Skybreak) with the online player gives this error:

It works fine when dismissed, at least in Skybreak's case. But with the online play being how most people are experiencing new games it's not a good look.

*sigh* Still getting all kinds of warnings from AVG. 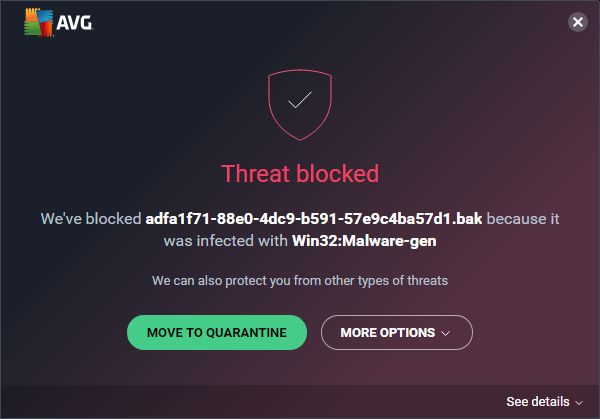 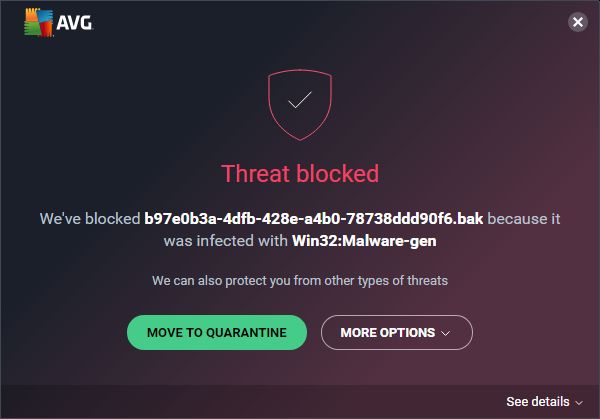 I get so confused when I see people using something that's not Malwarebytes.

Just, why would anyone do that. So weird.
Top

AVG and others all give false positives when something it does not know about in its database comes along. I've never used AVG since they merged/bought out/taken over by AVAST a few years ago. Not worth all the angst.

Personally, I just use Windows defender as according to all I have read, it does as good if not better job without all the overheads.
Top

I run Windows Defender & TotalAV the only one giving me the warning was the Windows Defender. I ran the new update through TotalAV and it found nothing.
So I'm pretty much ok with using the new version of Adrift.
D-Day in progress 86Kb (Slowly drifting)
Just a Fairy Tale: 138Kb
Top

I do, but soon as I turn it back on it gives me loads of warnings as in my previous post.

Hmm, I turned off AVG for the install then turned it back on and it didn't give me issues. I wonder why.
Top

Well, I can now longer download Adrift from this site without the anti-virus going mad. Also my hosting company are complaining about viruses, when I try and put a copy on my site.
Currently working on "The Blank Wall" in ADRIFT 5 and "Again and Again" in Inform 7.
Delron, the home of Otter Interactive Fiction.
Top

What differences have you made codewise between V5.0.35 and V5.0.36 Campbell? AVG had no trouble with previous versions of ADRIFT.

I reject your reality and substitute my own...
Top
Post Reply
94 posts

Return to “News and Announcements”