Okay so I very kindly opted to give all our tireless contributors a well deserved rest, AND an extension on the next prompt thread. Yes, I'm pretty great.

Next thread will be up on the 25th.

The gimmick with the owl and the feathers etc happens! Amazing! 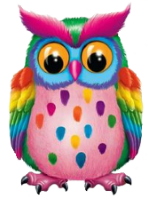 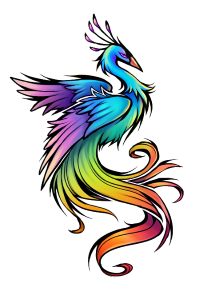 Last week Po noticed longish transcripts are becoming popular and so now gives bonuses to actual real official forum points for ones that could work as complete mini-games! Or something. I think. Po can clarify there. Yay! (Po also wrote about a really amazing island that I would be happy to move to at any point, but this past week especially...)

1.) Location: stadium (or coliseum, or so on...)
Containing: responses to >feel, >listen, and >smell commands "I was pleased to see your comments on my review of your game 'Teh Bestest Maze Game Eva!', however I'm not sure you really grasped the heart of my review. To clarify, when I said it was the 'worst and most inexcusable pile of sheep dung I had ever played', I was not, in fact, paying you a compliment. Likewise, when I said the pacing was so abysmal it made me want to vomit, this was meant as a criticism. And for your information 'the author needs to kill himself before he unleashes another abomination like this on the world' is not generally something I would say when praising a game.

All the same, thanks for your comments about my review of your game and if you wish to discuss things further, I'm only too happy to listen."

"My editor has drawn my attention to further comments you have made on my review of your game 'Teh Bestest Maze Game Eva!' and asked that I kindly respond to you. Very well.

You ask for further clarification as to why I disliked your game so much – I believe the phrase you used was WOT TEH **** YOU GOTS AGAINST ME GAME, YOU *******? My response would be that it was a bad game. A very bad game. Probably the worst game I have ever played. It was entered into a competition with strict requirements, one of which was that it must feature dreams of some kind. Here's a sample transcript from your game to illustrate why you failed in this respect:


YOU IS IN A ROOM. THERES AN OGRE EAR. HES WLEL BIG AN FRITNING. HES CARRIN A DREAM.

> GET DREAM
YOU CAN'T DO THAT.

You see? I'm sorry to be so blunt, but this wasn't good at all. Furthermore, another aspect of the competition was that the commands 'feel', 'listen' and 'smell' must be included. Again, from my transcript of your game:


YOU IS IN A ROOM. THERES AN OGRE EAR. HES WLEL BIG AN FRITNING. HES CARRIN A DREAM.

> FEEL OGRE
YOU CAN'T DO THAT.

> LISTEN TO OGRE
YOU CAN'T DO THAT.

I believe this has adequately answered your questions. I trust you are now satisfied?"

"For your information, I have taken photos of the damage to my house and sent them to the police. And yes, I know it was you that spray-painted YOUS REVEW SUX! YOUS SUX! KIZZ MY AZZ! on my front window. Signing your name on it was, perhaps, not your best idea yet. Though I dare say it had more thought put into it than your game.

For your sake, I trust I will not hear further from you regarding this matter."

"What have you done to my cat? You painted it blue! Blue!

"I feel I must apologise profusely for my previous actions. They were wholly out of character for me and, I can only assume, as a direct consequence of my embarrassment at failing to recognise the sheer genius of your game. Truly I am sorry.

As for your game, I retract my previous review and admit, sincerely and honestly, that I was so jealous of your superior game writing skills that I sought to tarnish your peerless reputation with my tawdry review. I cannot apologise enough. Your game is, without a shadow of a doubt, the true pinnacle of game writing and the kind of thing other writers, no matter how talented, can only aspire to.

On a final note, can you please let me out of the pit in your basement? The rats are beginning to bite..."
Top

The Axe of Kolt, The Spectre of Castle Coris, The Fortress of Fear, Die Feuerfaust, The Lost Children, Run, Bronwynn, Run, The Call of the Shaman, The Lost Labyrinth of Lazaitch, Magnetic Moon, Starship Quest, Revenge of the Space Pirates
Top

Hate to admit it.. But it's screaming funny.

Come to think of it, I think that David shouldn't be allowed to post until Sunday... This so the rest of us won't be discouraged by having to live up to his talent.

And let that be a warning to people who give negative reviews to my games.

And thanks to Lumin, too, for organising this. I'm quite looking forward to the new challenge each week.
Top

1.) Location: stadium (or coliseum, or so on...)
Containing: responses to >feel, >listen, and >smell commands


The old ruins of the coliseum towers high above you as you slowly walk across the arena.
You realize that you probably shouldn’t be here since the sign at the entrance said: No admittance.
The sand feels warm against your naked feet and as you close your eyes you can almost picture how this must have been during the age of antiquity.
You let your mind drift back in time, back to the time when this arena was the scene of life and death for the entertainment of the common population and kneel down on the sand.

>Feel sand
The sand feels warm to the touch and soft as velvet as it sifts through your fingers.

>Smell sand
Is it your imagination, or can you really smell the sweat and blood from the hundreds of Gladiators who fought here, and is it the wind or perhaps the crowd cheering as the battle of life and death unfolds before their eyes?
As you open your eyes you discover that the scenery around you has changed. The coliseum is no longer a ruin, and the crowd is real, starring down at you from high above.
The sound of a human voice makes you turn your head. A Roman Centurion standing before you, barking orders

>Smell commands (That’s what she (Lumin) wrote… Containing: responses to >feel, >listen, and >smell commands. I should actually get extra points for noticing this.)
You have no idea what he’s yelling but his commands has an unmistaken smell of garlic. He lifts his whip and you try to get up before the stinging point of the heavy leather whip tears into the skin of your back.

>Stand
You clumsily get on your feet, but not before the whip lands painfully on your back.

>Run
Looking desperately for an escape you begin to run across the arena. But the Centurion sticks out his foot and make you trip, sending you tumbling down onto the sand again.

>Fight Centurion
You have no weapon and are in no position to fight the well armed roman.
He grabs you by the neck and drags you across the sand towards a wooden pole.

>X pole
The pole is erected in the sand. Chains are fastened to the upper half and are currently just hanging down. The pole is scratched several places and big chunks has been torn out here and there.

>Look
You find yourself tied to a wooden pole in the arena of the old Coliseum. A nasty looking Roman Centurion is standing nearby.
In the distance, behind a closed door you hear a terrifying sound.

>Listen
Although the crowd cheers loudly, their cheers can’t over power the growling sound from behind the door.
The Centurion, violently slap you across the face. Then he turns and walks to the door.

>X door
It’s one of several heavy wooden doors. It has a metal lock which the Centurion is currently opening.

>X Centurion
He is wearing the uniform of a Roman Centurion together with a whip and a short sword. As you watch him, he climbs up on a ledge above the door and reach for the handle.

>X door
The door slowly swings open and you stare into darkness. Then, two glowing eyes stares back at you, and out into the blinding sunlight, steps the beasts. They pause for a moment, catching the scent of your fear and blood. Then they slowly walk towards you.


Never again will you drink that cheap Italian wine!

You are suddenly woken by a violent jolt. You are thrown against the side of the submarine banging your head against the periscope. You shake your head trying to get a grip of what’s going on. Are you under attack? Again, the dump sound of a distant explosion, another violent jolt and once again your head hits the periscope with an almost immaculate precision.
Water starts rushing in from behind the cunning tower. The welding seams are giving in to the immense shock waves from the depth charges that seem to be all around you.
The crew tries desperately to stop the leakage, busy hands are closing valves and feverishly rotating wheels but to no avail.
Within minutes you are waist deep in water. Some of the crew has already succumbed and their lifeless bodies’ bumps against you as you try to make your way towards the command post and the ladder to the cunning tower, your only way out… That is, if the sub ever manages to reach the surface.
A sense of joy overcomes you as you feel the sub breach the surface. You desperately reach for the handle to the hatch trying to pry it open. It’s stuck! Panic overwhelms you and you slam your hands against the stubborn hatch which refuses to give.
The water is now reaching your chin. You are the only survivor. You lean your head back as far as it will go and open your mouth to catch what may be your least breath in this world.
Then one magnificent violent jolt shakes the sub. You lose your grip and sink back into the dark water.

Starting to get a little worried here....

Has the Writing Prompt met its Waterloo already?

I haven't had a chance to write anything this week(?) as some Real Life gets dealt with. May take at least a month.

I'll still sneak in a little time to read all the wonderful entries each week.

I enjoyed your piece Po Prune although it bordered on outright plagiarism of my thoughts before I could write them down.